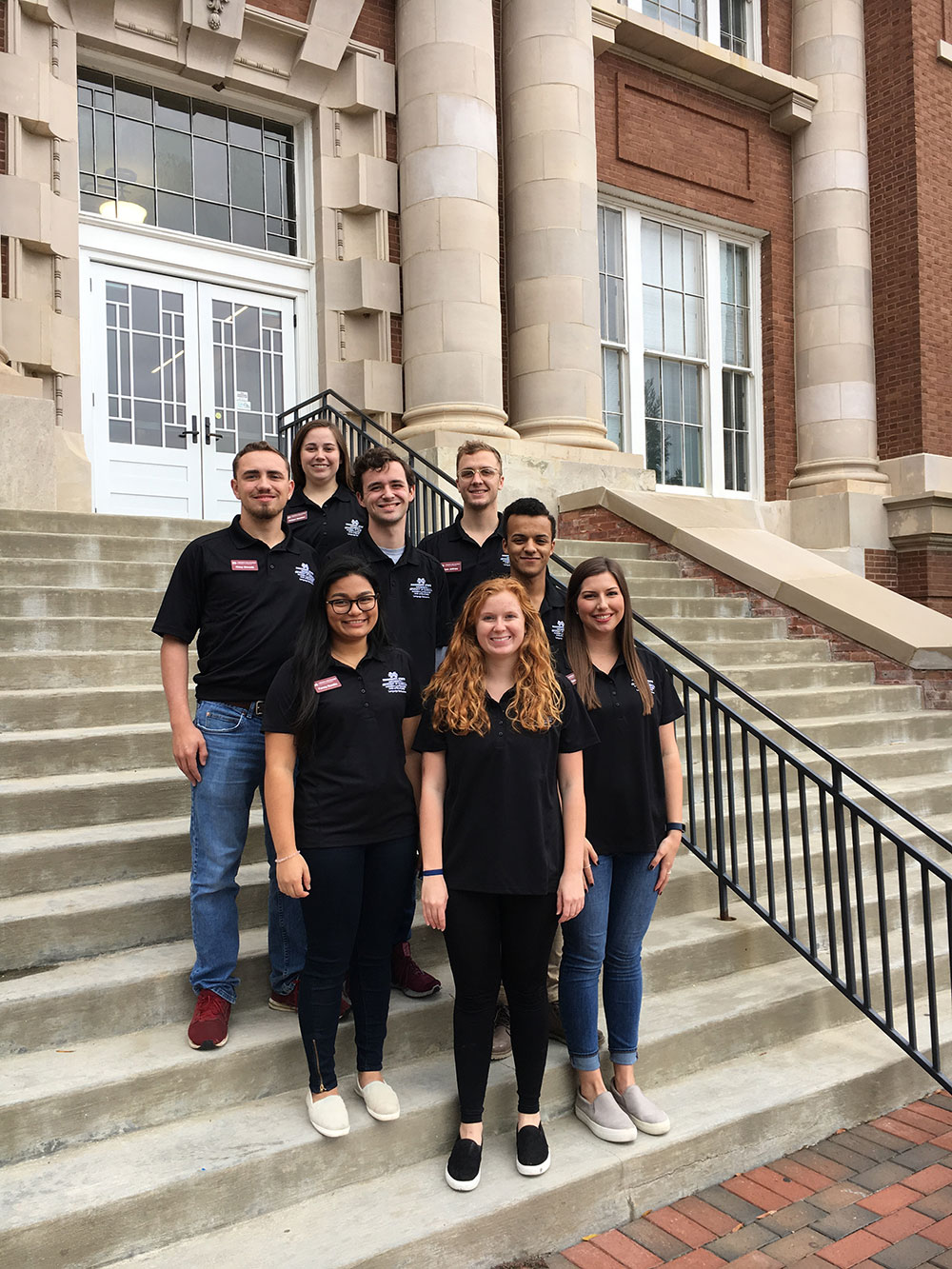 The CMLL Language Emissaries are a group of distinguished language majors, both undergraduate and graduate, who represent and serve our department in a variety of areas. They assist in the recruitment of new students as well as in the retention of current majors by attending preview days and orientations and organizing events for the department. They provide invaluable support to every facet of the department whether it be serving as hosts for guests, greeting attendees to lectures and other events or planning food and decorations for departmental gatherings. 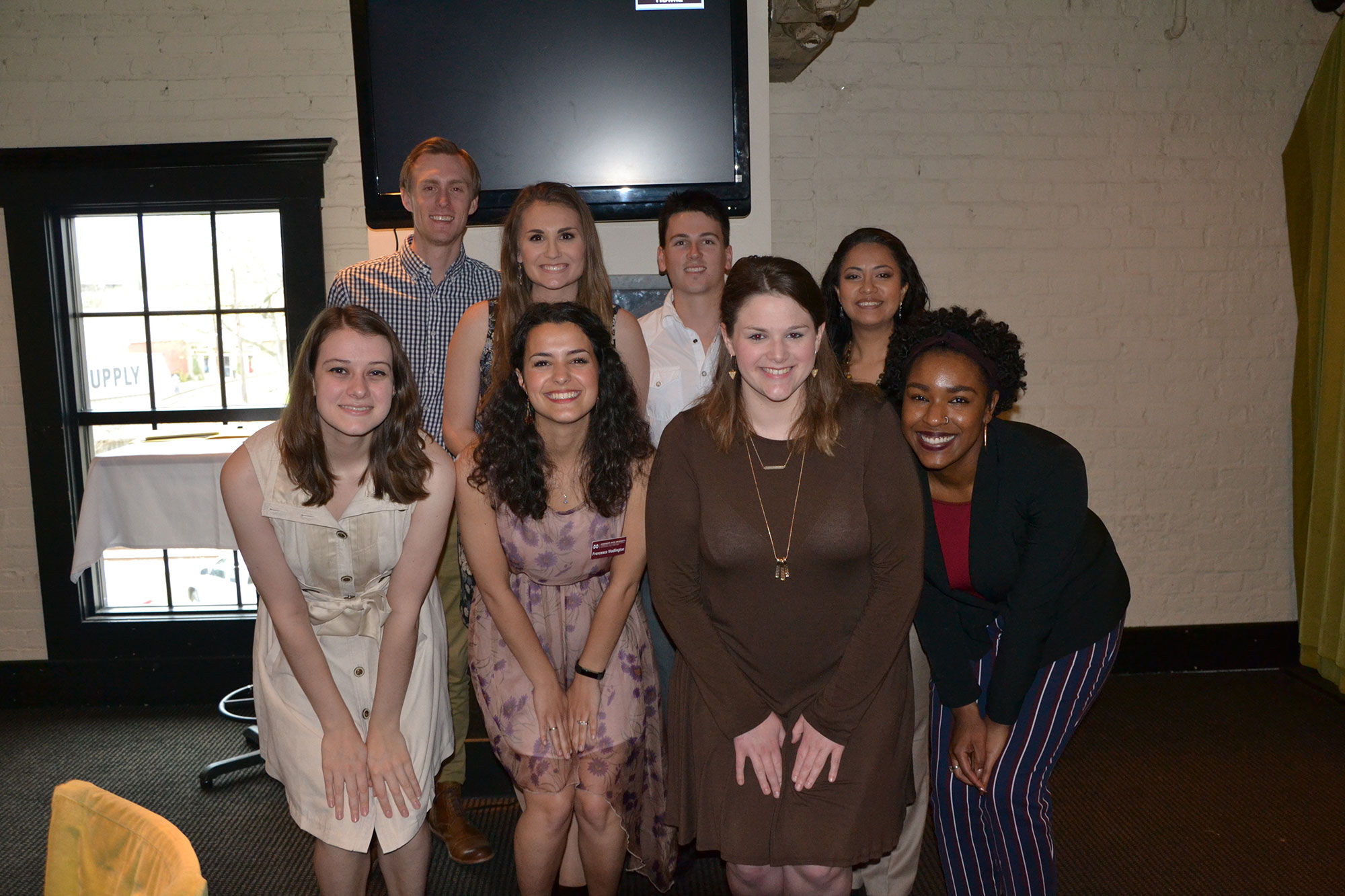 The CMLL Study Abroad Ambassadors are a group of students dedicated to growing the department’s study abroad programs, committed to advocating for international learning, and to raising funds for study abroad scholarships. They also participate in study abroad fairs raising awareness about the value of living and studying abroad.

ISOLC’s goal is to promote world languages and cultures on the MSU campus and surrounding community. Currently we offer free weekly language tutoring in French, German, Italian, Russian and Spanish through a group of volunteers mainly composed of advanced-level students. We hope to grow the number of languages in the coming year. All are welcome to attend tutoring sessions. Native speakers of world languages are also invited to attend and earn campus volunteer hours by offering tutoring sessions through our organization.

The Classics Club seeks to promote the Greek and Roman cultures and the Greek and Latin languages at Mississippi State University. We host events throughout the acadmic year focusing on the Classical tradition, including movie showings, game nights, and other social events. The club is open to all interested students, regardless of language ability.

ΗΣΦ is the national honors society dedicated to the study of the Classical world. As noted in its constitution, its aims are “to develop and promote interest in classical study among the students of colleges and universities; to promote closer fraternal relationship among students who are interested in classical study, including inter-campus relationship; to engage generally in an effort to stimulate interest in classical study, and in the history, art, and literature of ancient Greece and Rome.” The national organization also offers various scholarships for summer travel and teacher training, among other purposes. Further information on the national organization, as well as minimum qualification requirements, is available at https://www.etasigmaphi.org/.

French Club is dedicated to promoting French language and culture through regular meetings and cultural events. 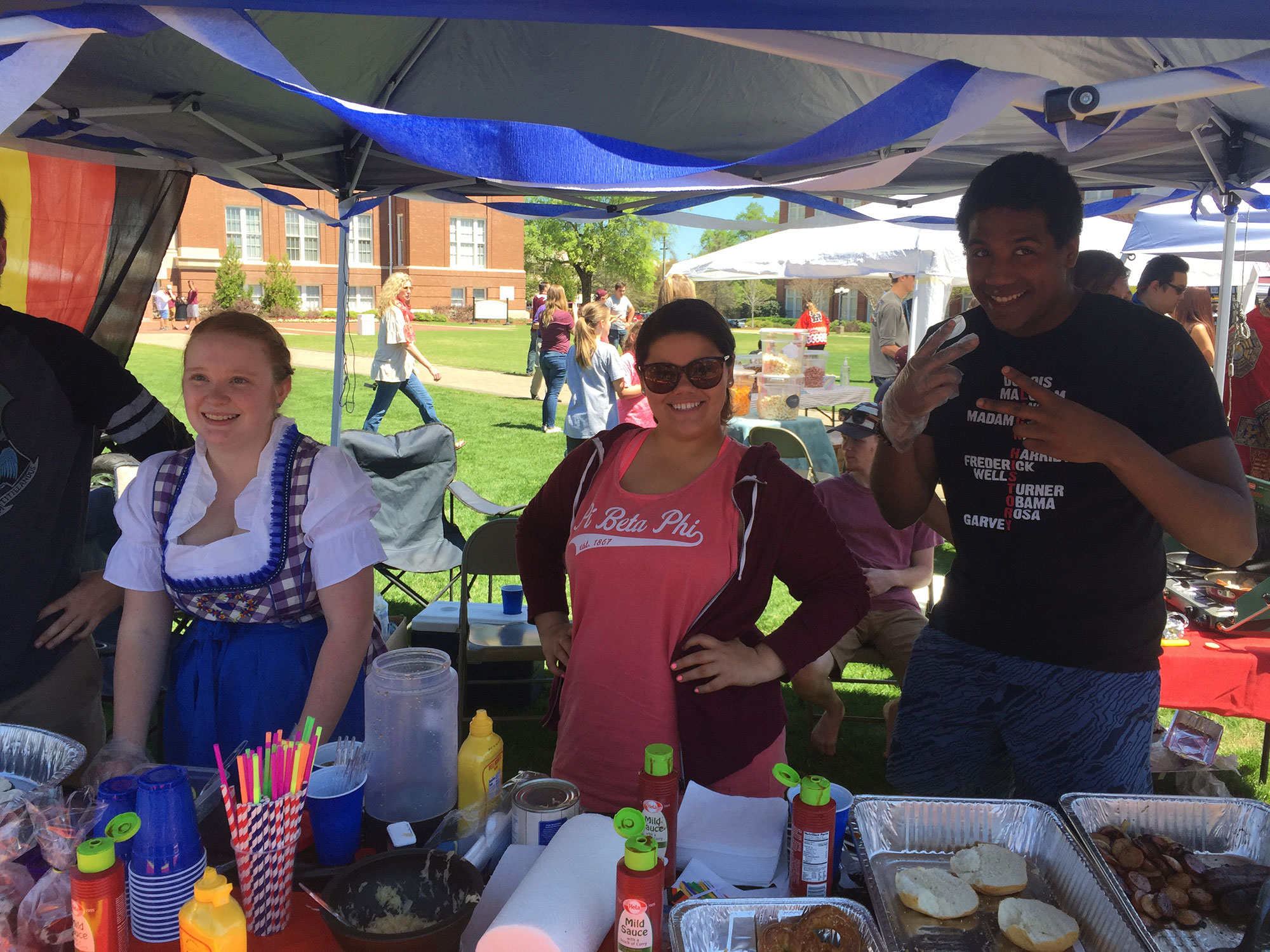 The MSU German Club offers events throughout the semester to promote German language and culture at Mississippi State and the Starkville area. Our most rewarding endeavor was a semester long teaching experience at Annunciation Catholic School in Columbus, where we taught elementary-aged school children German in an after-school program. We host movie nights throughout the semester and cook delicious German-style food for the annual International Fiesta in April. We also host the German Table, or Stammtisch, to allow our members to intermingle and practice their German conversation skills.

“Stammtisch” is a biweekly meeting at a local restaurant hosted by the German Club to facilitate in a community of German-language speakers on campus. Many students of varying levels of German join together to enjoy a meal and communicate with one another using the German language. Faculty, staff, members of the community, or students interested in the German language are also welcome to attend.

The National German Honor Society, Delta Phi Alpha, seeks to recognize excellence in the study of German and to provide an incentive for higher scholarship. The Society aims to promote the study of the German language, literature and civilization and endeavors to emphasize those aspects of German life and culture which are of universal value and which contribute to humanity's eternal search for peace and truth” (deltaphialpha.org)

For more information about the society and the required qualifications, please consult the linked document.

Information about scholarships for study abroad and graduate school, among other possibilities, is available in the linked flyer.

Russian Club is a tool for those studying Russian language or history at Mississippi State University. People who need help with assignments, preparing for exams, or simply seeking to improve their language skills outside of class, have the club to rely on for their needs. The club is meant to be a place of cultural enrichment for the students of Mississippi State and the greater Starkville community by bringing to them all that Russia has to offer in terms of art, cuisine, and language. For more information, please visit: https://orgsync.com/124028/chapter

The Spanish Club is a social organization, which unites those students who are studying Spanish courses or speak Spanish.  The main purpose of the club is to help Spanish students improve their language skills through several activities.  The club is open to all Spanish-speakers at any level (beginner, intermediate, or advanced).  The club provides many opportunities for fun, language practice and cultural activities, including watching Spanish-language movies or videos, playing games in Spanish, guest speakers, or participating in a conversation.  The Spanish Club seeks to unite Spanish-speaking students of all different levels in order to learn more about the Spanish language and culture.

Sigma Delta Pi is the largest foreign language society in the world with over 540 chapters and the only honor society devoted exclusively to Spanish students in four-year colleges and universities. The purposes of the Society are: to honor those who attain excellence in the study of the Spanish language and in the study of the literature and culture of the Spanish-speaking peoples; to honor those who have made the Hispanic contributions to modern culture better known in the English-speaking world; to encourage college and university students to acquire a greater interest in and a deeper understanding of Hispanic culture; and to foster the study of Spanish and Hispanic culture.